Pipeline Performance reports can help you see how efficient your hiring process is. You can see the average time it takes to move candidates through a given pipeline, so you can target inefficiencies and make improvements over time.

The Pipeline Funnel Progression section shows the number of candidates who have entered each stage of the pipeline.

Built like a funnel from top to bottom, the report shows columns for the number and percentage of candidates moved forward to each stage in the timeframe that you specify, and how those counts and percentages compare to a previous timeframe.

Time in Stage By Position

In the Time in Stage By Position section, you’ll see the average time (in days) that candidates spend at each stage in their pipeline.

In the example report below, we can see a few things: 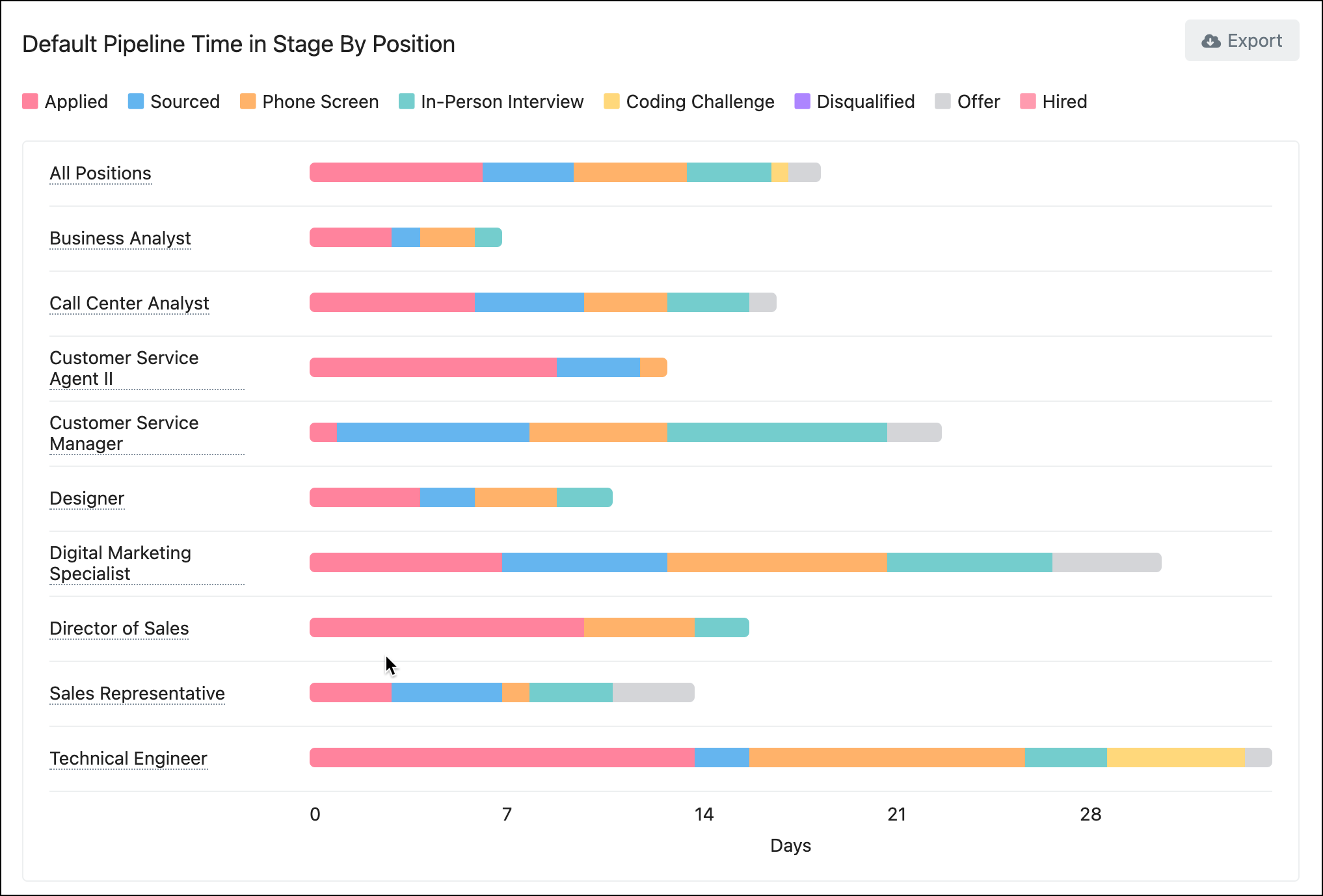 Time in Stage By Category

The Time in Stage By Category section gives you a high-level view of the average time, in days, that candidates spend in each stage, based on the category (or department) associated with their pipeline.

The Movement section shows, by day, the number of candidates moved to each stage in the timeframe you specify.

These recruiting metrics are also available at the position level - access them in the Reports tab on each position.